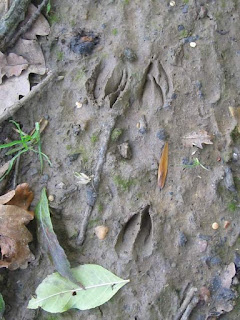 People will have noticed an increase in the number of photos of Muntjac Deer on the AMAS Facebook forum over the past 2-3 years - since my initial report in 2018. During "lockdown" and particularly the past few months we have seen photographs of various individuals onsite; suggesting that a plethora of adult Muntjac now inhabit or frequent the local area. The majority of which photographed have been resident or nomadic Males, with the less frequent sightings of Females and few fawn.

Such individuals can be distinguished or seperated by their overall body size, as well as characteristic traits including: slight colouration, antler growth and distinctive tissue damage to both their backs and ears - as a result of fighting between and inflicted upon male Muntjac specifically in order to establish territory and dominance. Recent photos by AMAS Members and online followers have been of excellent quality across various locations on the Nature Reserve.

Evidence would suggest that there are several mature Muntjac that inhabit the area between Evesham Road and Pebble Beach for example; with further sightings and photographs sporadic on the Aylestone Meadows Nature Reserve complex from St Mary's Mill Lock to Blue Bank Lock. Such sightings shall continue to be a regular feature when visiting the area.

The slots (prints) of Muntjac are now active and frequent throughout the Nature Reserve. Habitual twilight or nocturnal activity is the most persistent feature in ground observations ; however actual sightings during the daytime are growing at a steady rate. Suggesting that such additional fauna are now totally comfortable, orientated and established as local residents. 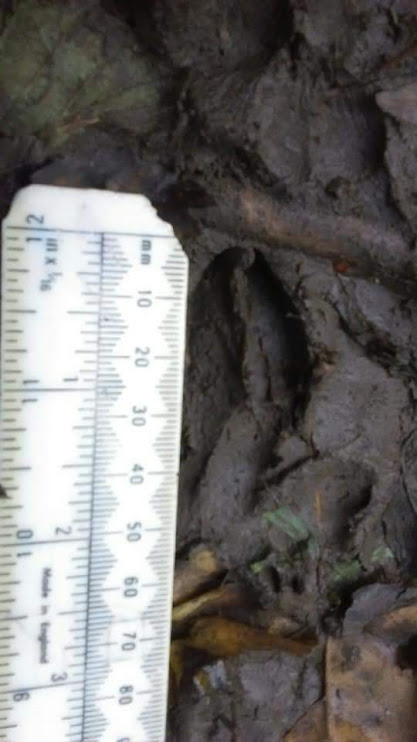 Brief sightings and the recent yet occasional slots (prints) of more mysterious Roe Deer add interest to the record of fauna. Whilst it is widely accepted that Roe Deer and Muntjac do not directly compete directly for territory - it is accepted that both species feed or browse on the same or similar foodstuffs throughout the seasons.

If we had to guesstimate a ball-park figure on the total population of Muntjac Deer on the Aylestone Meadows Nature Reserve today (including the Gas Works area) it would be guess work. We could mention around 20+ Adults and an additional x5 fawns periodically throughout the course of a 1 year period.

Muntjac Deer decending from the Aylestone Meadows Nature Reserve are now being spotted further afield; with regular sightings beyond the nexus of the Aylestone Meadows itself. This saterliting behaviour or effect is after all the method of diaspora via which Muntjac initially populated the Nature Reserve - and shall continue to become a common feature within the local landscape; including private back gardens, open spaces, and parks.

There is limited evidence of the impact of Muntjac on the Forestry within the Aylestone Meadows Nature Reserve (at present). However characteristic bark nibbling and antler rubbing behaviour can be observed occasionally within the Canal Street Woodland and beyond. Due to the increasing footfall of human traffic on the Nature Reserve, the frequency of sightings will ironically increase over the next 1-2 years.

Foreknowledge would attest to a population growth to a density of upto x50 Adult capacity in future - especially if aided by the seasonal windfall and the felling of trees (left in situ). Afterwhich the population density of Muntjac Deer on the Aylestone Meadows Nature Reserve shall gradually limit itself - although never fade away completely.

Competition for territory between species, the availability of wild foodstuffs, urban expansion, and general disturbance predominately by 'Dog Walkers', plus the predation of Muntjac by foxes, dogs and humans, will ultimately flatten the curve we are presently experiencing in overall population growth.

In typing the word "Muntjac" into the search engine function at the top of the main Aylestone Meadows Appreciation Society page on Facebook, anyone interested can observe photographs, videos, comments and discussions surrounding the population of Muntjac on the Aylestone Meadows Nature Reserve - in real time.

Popular posts from this blog 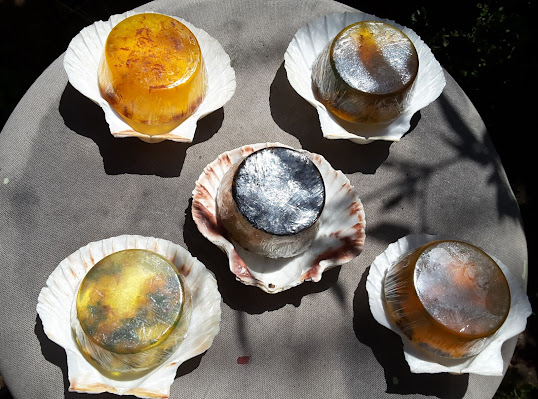 EXPERIMENTING WITH HOMEMADE SOAP MAKING FOR OURSELVES IN 2017, WE DECIDED TO GET MORE PROACTIVE ON THE SOAP MAKING FRONT INTO 2020. INITIAL EXPERIMENTS WITH VARIOUS ESSENTIAL OILS & NATURAL INGREDIENTS PRODUCED SEVERAL LARGE BARS OF SOAP, THAT ALTHOUGH CUMBERSOME AND MIS-SHAPED WERE PERFECT FOR HOUSEHOLD USE and SHARING WITH FRIENDS. GOSHA SOAP HAMPER  EARLY IN 2021 WE STARTED TO WORK TOWARDS A MORE COMFORTABLE SHAPE & SIZE OF SOAP - WHILST CONTINUING TO EXPERIMENT WITH VARIOUS COMBINATIONS OF ESSENTIAL OILS AND NATURALLY SOURCED INGREDIENTS AND FRAGRANCES FROM OUR HOME GARDEN & KITCHEN.  ST JOHN'S WORT, ROSE PETAL & MADAME - GOSHA SOAP  HOLISTICALLY WE ALWAYS WANTED TO ADD CERTAIN HERBS AND FLOWERS FROM THE HOME GARDEN & ALLOTMENT - THOSE WE SPECIFICALLY GROW WITH THE MOST SUITABLE THERAPEUTIC , DETOXING, MEDICINAL PROPERTIES & EFFECTS. AS A SKIN CARE THERAPY THAT STANDS OUT - BASED ON OUR OWN LIFESTYLE & AUTHENTICITY.   Forget Me Not Sea Salt & Ber
Read more

Puma concolor in the UK by J A J Richardson 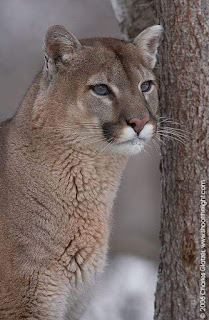 A few notes on Puma /Cougar / Mountain Lions:  Photo : Glatzer 2006 My First Sighting :  (Extracted from  'The Oadby Poacher' by J A J Richardson) One late evening three friends and myself were travelling back from Tilton on the Hill towards Oadby, in Leicestershire. Upon approaching a main road junction we spotted a very large animal in a field beside the lane. As the car stopped in a gateway, I was able to shine a torch directly onto the fawn/grey coat of the creature revealing its outline - which crouched down lower and remained completely motionless. After instructing the Driver to quickly drive the car round the corner to the next open gateway, we watched in amazement as the Cougar jumped up and bounded off into the darkness of the field.  Having since owned a 46kg Bullmastiff , I would estimate this Mountain Lion, holding similar proportions, although being longer, taller and more agile, must have weighed in excess of 65kg. In the weeks following I was able to track the p
Read more

Preface : A History of Gypsy-Travellers in Aylestone by J A J Richardson 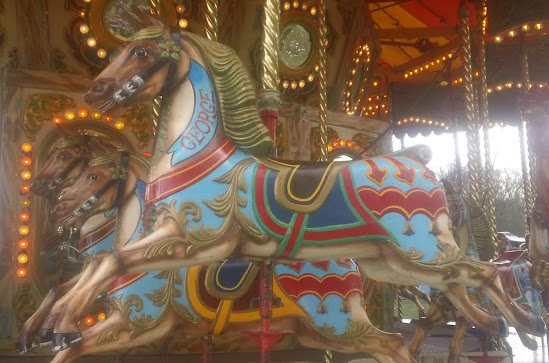 A HISTORY OF GYPSY-TRAVELLERS in AYLESTONE by J A J Richardson    Preface: The Aylestone Meadows holds a rich tapestry of Gypsy-Traveller culture dug and sown into its general landscape. In praxis, industrial evidence remains in the foundations of the Grand Union Canal and later construction of the Great Central Way (both built by a Gypsy-Traveller workforce). Until more recently Gypsy-Traveller Horses were always a feature of the local landscape. In the flora of which the echoes of the past remain within the hedgerows themselves; as the Hops, Burdock and Horse Radish which still frequent the area today.   Before continuing, it is important to note, that I do not think its for a Gorger / Country Person or Sedentary Dweller to question the authenticity of a "Gypsy" or “Traveller”.  Only a true Gypsy-Traveller can judge this. There are as many and more tribes / clans / traditions / nations within "Gypsy Culture" than there is within "English C
Read more

INORCHARDS
Working as an international journalist since 2005, INORCHARDS will allow me to display my future and past journals, articles, interviews and extended reports across one platform.